The All In All, Chapter 2, Alchemy 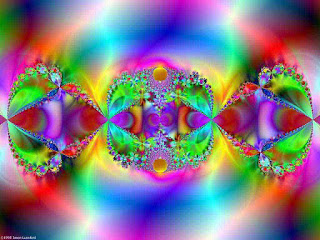 Q. When Creation returned what did it learn that it needed to go about its business of Creating.

Q. What did Creation come to realize that it needed?

A. It came to realize that it needed another Aspectual Construct that functioned quite differently than it did. Creation had learned to create "Stuff" but it had not learned how to put this "stuff" together. Creation realized that it needed another aspectual construct to assist it in the business of Creation. This Aspectual Construct is, what we call it in your terms, Alchemy.

Q. How is that possible that Alchemy exists outside of Creation?

A. Because Alchemy was not Created by Creation but is the aspectual construct of The All In All. And like it is such it can exist outside of Creation or the Creator Gods, as it were. Therefore, Alchemy is to The All In All in its individuation as Creation is to The All In All. They are equal yet separate entities or manifestations, or aspectual constructs of The All In All, and their function is very different. This could lead you to the understanding of the intrusive behavior of the "forces" or powers or controllers spoken of in your Ancient tablets and stories of the Gods/Goddesses. Since both aspects are incomplete outside of their Cosmic origins, they must and have assisted each other in the Manifestation Phenomenon.

Creation creates the "stuff". Alchemy puts the stuff together. Alchemy manipulates the "stuff" for the purpose of the Manifestation Phenomenon, another aspectual construct of The All In All. As you can see, this process has taken many millions of years, and what you see in your physical and non-physical reality is the Manifestation Phenomenon, the end product of Creation and Alchemy. A third yet equal part of the aspectual construct of The All In All.

Back to the image of a person wanting to create a line of cars. The individual has the idea, it is the role of the Alchemist to bring the idea together in a form comprehensible and usable. The Alchemist is the engineer who with its diagrams, can clearly demonstrate where each and every idea, imagining, thoughts and dreams come together for creation. The Alchemist is not the Originator but is the Active participant, the planner, the manipulator, the hidden intelligence behind all that is perceived in Creation. Over time, the Creator Gods/Creation and the Alchemists began to discuss, then conflict over who/what was more powerful. The stuff of creation or the bringing of this "stuff" to manifestation. Indeed they both missed the final step of all and that is the Manifestation Phenomenon.

This conflict can also be seen in the many Ancient tablets, lore, myth and legends of humanity on this planet and throughout the Cosmos. The All In All, being a passive observer of this, merely observed its own aspects interact with each other as they performed their prescribe duties. In some Ancient texts, it can be seen how they came to be frustrated in their attempt to get The All In All to support their position in the scheme of things. Like children fighting in the playground, The All In All observed its own aspectual constructs maneuvering through the nuances they each have been given to perform. The All In All is neither positive or negative and does not partner with one against the other, since all is an aspectual construct of itself.

Q. If there is no negative or positive then how is it that there are forces that appear out of harmony?

Many times in your 3rd dimensional physicality, you are tempted to see good and evil, right and wrong in the Manifestation Phenomenon. Because of your inability to see the hidden hand of Opportunity you are bound to the belief that if a situation should occur, that is not appealing to your limited senses, it must therefore be evil or bad. You do not understand that good and bad are relative constructs of a societal norms and traditions. That what may appear bad in one system of traditions and societal norms, may be perfectly acceptable in another. You are subject to this due to the polarization which is indicative of 3rd dimensional reality.

The All In All is neither negative or positive. It is all and in all yet it is beyond its Creation, Alchemist and Manifestation Phenomenon. It simply is. You may wish to call it Light, yet it is just as much Light as it is Darkness. Due to your fear of the unknown, humanity fears darkness. Yet if there were no setting of the sun your world would surely change as you know it. Sunset and Sunrise are equal partners and collaborators in their work as the sum total you call Sun. An infant lives in relative darkness during gestation, but none would call this relative darkness evil.


Channeled Core Questions: The All In All

1. Part One The All In All
a. Chapter 1, Creation
b. Chapter 2, Alchemy
c. Chapter 3, Manifestation
d. Chapter 4, Opportunity
e. Chapter 5, Conclusions
Posted by Nana Baakan Agyiriwah at 2:36 AM