The Causal Body – The Temple of the Soul 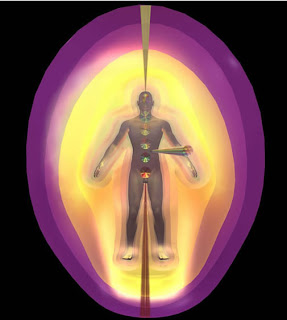 The Causal Body – The Temple of the Soul

“In considering the causal body (this “Temple of the Soul”), we are dealing specifically with the vehicle of manifestation of a solar Angel who is its informing life and who is in process of constructing it, of perfecting it, and of enlarging it, and thus reflecting on a tiny scale the work of the Logos on His own plane.”
~A Treatise on Cosmic Fire, (p. 1110)

The Causal Body is, in fact, the vehicle of the human Soul and its vibration is higher than the lower bodies. In our present state in the evolution of humanity, it is sad that most individuals do not yet have this body completely formed, with only a fraction of the consciousness that they are trying to develop as humans. In this portion is what we call the “essence” or, according to the Zen Buddhist tradition, the “Buddhata”[1] (1) 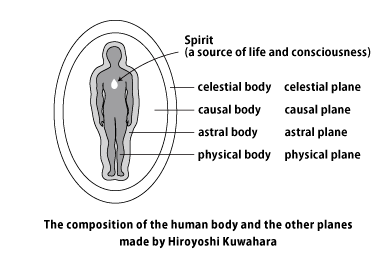 The Causal Body is composed of matter originated from the three superior sub-planes of the mental plane. It is the vehicle of the abstract ideas, high ideals, and the receptacle of the memories of past lives. Inside of it, the remembrances of other lives establish themselves as seeds, with the many qualities, virtues, and defects acquired by the Soul extension during its incarnational periods.

Hiroyoshi_Kuwahara_etheric_bodiesThe Causal body is permanent and indestructible, and it last as long as the evolution of the Being lasts. Its name comes from the fact that this body is reflective of the causes that generated effects in the lower planes of existence. The collection of experiences accumulated by the reincarnational self is stored inside of the Causal Body and they progressively become the attitudes and outlooks for all the actions, thoughts, directions and purpose of the Soul.

“The content of the causal body is the accumulation by slow and gradual process, of the good in each life. The building precedes slowly at first, but towards the end of incarnation — on the Probationary Path and on the Path of Initiation — the work proceeds rapidly. The structure has been reared, and each stone quarried in the personal life. On the Path, in each of its two divisions, the work of completing and beautifying the Temple proceeds with greater rapidity . . .”
~Letters on Occult Meditation, (p. 32)

We can say that the Causal Body primordially has two great functions:

To act as the vehicle of the ego: The Causal Body is the Manasic body, the aspect-form of an individual, the real being, the thinker.
To act as the receptacle or storehouse of the essence of the reincarnational experiences of the Soul. It is in the fabric of this body that everything is careful weaved, the memories of the lessons gathered, the virtues acquired and the future purposes of the Soul still to manifest.

In this way, it is safe to say that the development of the lower triad of Human being, the mental, astral and physical bodies, depends upon the weaving and building of the Causal Body. There is, in fact, no complete Human being until this body is complete, because it contains in itself the essence of what individuality is.

The Body of Cause and Effect 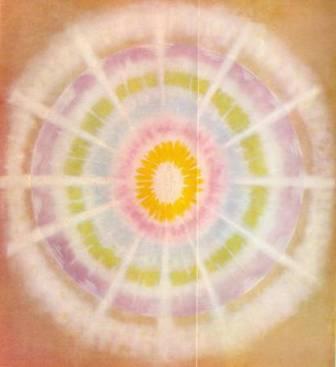 At a later stage upon the Path of Initiation, the causal body also disappears, and the initiate stands free in the three worlds. The astral body and the causal or Soul bodies are — in the language of esotericism — supplementary to reality. They have a had a temporary reality during the evolutionary process, but (having served their purpose, and having endowed man with certain required assets — consciousness, feeling, sensitivity, and ability to establish and register contact) they pass away, and the initiate remains, possessed of power over form, and a fully awakened consciousness. He is a Soul, and the fusion is complete.”
~The Rays and the Initiations, (p. 162)

When we exercise our free will with discernment and wisdom, the Divine energies we usually qualify as harmonic elevate themselves into our Causal Body. These energies are deposited in the twelve golden spheres of Light that correspond to our twelve strands of DNA and also to our seven principal physical chakras and five transpersonal chakras, which together exercise the symphony of our creative endeavors. To these spheres is added the currents of life, as virtues, talents, gifts and aptitudes, which tend to increase in power and merit if they are rightly utilized from one life to another.

The Causal Body is one of the three superior bodies, and it is the body that reveals the effects of “cause and effect”, which makes this body the one that relates directly to the “good” Karma[2]. The Casual Body works more or less as your Karmic bank, your bright star in the heavenly sky; like the Star of Bethlehem pronounced the coming of the extraordinary being that carried the Christ; this stellar energy is the result of the power of Individual accumulated through generations and reincarnations. Because this is the body of cause and positive effects, only the elements that can be decoded and transmuted into particles of Light can ascend through the Christic energies to the Causal Body. The parts of the imperfection stay behind in the three lower bodies because their nature is heavier and denser.

One of the objectives of the Casual Body is to provide happiness and wellbeing to the Soul through the works of the sixth chakra of the spiritual vision. That means that to help the development of this body, we will need to visualize positive images, cultivate positive and proactive thoughts and actions; in order to magnetize our causal body adequately.

It is also in the Causal Body that we will find the entire registry resulting as an effect of all the virtues and aptitudes that were misused. These will need to pass through the purifying chambers of the ceremonial violet flame in order to be re-weaved into the Light fabric of this superior body.

“The causal body will palpitate in due course of time, with an inner radiation, and an inner glowing flame that will gradually work its way from the center to the periphery. It will then pierce through that periphery, using the body (that product of millennia of lives of pain and endeavor), as fuel for its flames. It will burn all up, it will mount toward the Triad, and (becoming one with that Triad) will be re-absorbed into the spiritual consciousness, — will carry with it — using heat as the symbol — an intensity of heat or quality of color or vibration, that before were lacking(…). Then, having accomplished this, comes the application of the flame to the causal body itself, and the joyous standing by whilst the work of destruction goes on, and the Flame — the live inner man, and the spirit of divine life — is set free, and mounts to its source.”
~Letters on Occult Meditation, (p. 30)

[1] The Buddhata is the fundamental nature of all reality, an eternal essence that all beings possess, and in virtue of which they can all become buddhas. The Buddhata is an intrinsic ‘Buddhahood’ common to all life, and it is this that allows people to reach enlightenment.

[2] “Bad” Karma is reflected in the three lower bodies.

Posted by Nana Baakan Agyiriwah at 1:35 AM No comments: Links to this post