THE ULTIMATE GOAL OF THE EVOLVED BEING


WHEN THE ANCIENTS TRAVELED DEEP INTO THE COSMIC POOL OR WOMB OF THE UNIVERSE THEY DISCOVERED MANY THINGS, ONE OF THEM BEING................

The chambers of the soul are etched with the memory of the past, present and future. Through journeying within, the mysteries of these times can be unlocked. The attempt to create in life is etched as well as the need for the knowledge of that which is beyond this reality. A picture is painted and a design is drawn.

Each soul dreams as it germinates in the cosmic womb. It dreams of the many destinies and journeys that it must travel. It becomes imprinted with the lessons it must learn and it is forecast how each lesson will be revealed. The Cosmic Pool then nurtures and generates a specific intelligence marking each soul with its own personality. Each soul then chooses from its wealth of options the particular course it wishes to take and in what order. Lifetime after lifetime is recorded on the soul and at each incarnate rebirth this record is revealed.

Dangerous though it may seem to remember each and every course for the soul, the mind sorts and shifts, selecting what it needs and storing what it doesn't need. The mind and the soul form a partnership. An eternal bond of understanding. This understanding fosters the direct function of the being and generates and influences the action the being takes.

However, as in all life there are times when disharmony can disrupt or challenge this bond. The mind which represents the intelligent and the pictorial often wishes to bring from the soul to the outer vision hidden, facts, resources and identification. These challenges may send the soul into rebellion as it may wish to resist certain revelations. These revelations may determine the extent of the evolution of the being's course each lifetime.

Through dreams, the mind may uncover hidden resources or hidden territory that the soul wishes to protect. Through conscious awareness these courses are revealed and then consciousness can make a determination. The soul may feel uncertain about the readiness of a particular being. The soul may question and doubt the mind's ability to sort, define and integrate harmoniously the hidden knowledge of the soul. The mind may challenge the soul's authority to hide or reveal what the mind wishes to explore. The mind may rationalize or fantasize the need to have this information. In this case the soul and mind are acting out of disharmony. This creates inner chaos and demonstrates itself as outer confusion.

The mind and soul have a purposeful function. Working as a harmonious unit they create the continuous evolution of the personality. Working in disharmony they create inevitable chaos.

The mind sorts, separates, defines and integrates the knowledge hidden in the soul. The mind is significantly affected by the physical world of the vehicle in which it is housed. The mind formulates prejudice and preference while the soul is conscious of the oneness of all things. The mind wishes to dominate and control the information the soul presents in order to have mastery over its environment. 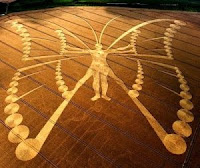 It is through impressions, feelings, sensations, dreams and non-tangibles that the soul reveals its inner knowledge. Once this inner knowledge is revealed the mind will take it into conscious awareness. If there is an aura of receptivity in this awareness which is affected by the outer environment, the soul's treasures are integrated into the being. If not, these treasures are discarded or pushed into the soul’s storehouse. If it is necessary for the evolution of the personality to integrate this knowledge into the being, the soul will erupt and plague the mind with nightmares, fears, frustration, splitting, uncertainties and confused thinking.

The mind must explore the gems that the soul stores and keeps as treasures. The mind must define, sort and integrate these gems into the being. The mind must, as the Executive of these gems, carry forth on its responsibility to help the being evolve. If the mind refuses the being is retarded in it incarnate growth and must fight to achieve this status again.

Caution! If the mind attempts in its enthusiasm, to uncover that which has not grown to the level of being revealed or that is that which has not reached maturity in the soul it will foster even more confused discord and create more unsettling danger for the stability of the mind and its processes.

There is a delicate balance between these two entities that must be maintained. Through life after life this balance is challenged until ultimately the mind and soul merge into one functioning organism where there is no separation between them. Here the mind and the soul know complete oneness and are elevated as a unit to the realm of conscious wholeness. This wholeness is demonstrated in the evolved being who walks and works in peace and in time with the Cosmic Rhythm of the Universe. The evolved Being, after its many lifetimes is lifted to the realm of the Exalted and Cherished and is then given the charge of Guide to the other lesser evolved beings.

In reality, as you know it, this challenge to balance mind and spirit may leave the being exuberant or exhausted. The spirit continues on as if guided by some unknown force, and yet with deeper penetration into this phenomenon it is revealed that the unknown force is the essential being's attempt to become its whole self.

Wholeness is the Cosmic Destiny of all evolved life forms. Without it there is no harmony. Wholeness ratifies the discord and incorporates all into the Oneness of the Universe. With resistance or polarization of the mind and soul, activity and consequence is etched into the incarnate destiny of the being's course. This destiny though previously revealed is governed by Universal Omniscient Law. Thus there is no uncharted course or journey for the being to travel. It is simply the charge of the being to follow its course in Harmony with the Cosmic Rhythm of the Universe in order to incur the utmost support of the force that surrounds and controls it.

In deep meditation and penetration the being can uncover, through the manipulation of mind and spiritual interaction, the course it is destined to follow thereby becoming consciously aware of the integral choices it can make in order to remain in Harmony with the course of its destiny. The being thereby becomes the Master of its own fate and can live each lifetime to its intended fullness. A full being may appear magical as it expresses itself in its physical environment. This magic is only the manifestation of its conscious awareness and its receptive submission to following its most Redeemed Life Course. Thus it lives in an Exalted State as a Sage and exemplifies the Ultimate Goal of The Evolved Being which is true union between the soul and mind. 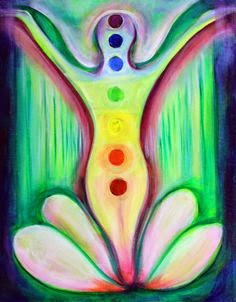 Posted by Nana Baakan Agyiriwah at 3:22 PM No comments: Links to this post