The All In All, Chapter 1 Creation 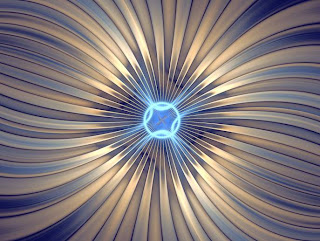 Q. What is Creation?

Q. How is that? Please explain.

A. In your terms these identifiers appear destructive and inhibiting. Your reality has barely seen the advancement of this phenomenon in a positive light. Therefore these terms are counterproductive to you in your reality. However, the essence of these terms fully describes the function of Creation, Creation being and extension/aspect of the All In All Creator/Creatrix. We use these terms for your understanding but these terms are vastly limited in scope and barely identify the All In All. We prefer All In All, Higher than All Forms terminology for better understanding and purpose of consolidation of these ideas into your mental construct. Hence the All In All is present in All things, however it is subjective and does not particularly participate in Creational Aspect, duplication and manifestation of All Things.

A. For most of you in human physical form, Creation is limited to what you can see, hear, touch, smell and taste, yet you do not realize that even in these senses that there are many more dimensional realities that present themselves, even through these senses. As it were, The All In All, need not manifest as anything that can be perceived by your five senses. In fact, it is just as Powerful in the Unknowable as it is in the Knowable. Therefore, you who may attempt to know the All In All; may attempt to examine it from its Creation, thus saying you know it, yet its Creations are individuated aspects of it and not it in totality. Many of you use the argument of what you see around you in Nature as proof that there is a so-called Supreme being but few of you, realize that what you see is only a minuscule example of The All In All.

Stopping and attempting to prove its existence through what you can see diminishes your ability to comprehend it in totality, although we understand that knowing it in its totality is a feat that may take millions upon million of years. For to know its totally, you must know all that it is, and to know all that it is would be to know all that it has Created throughout the many physical universes as well as the non-physical universes. This can barely be knowable in a 3rd dimensional reality that is locked into physicality as you are on this planet.

Q. So, explain what is Creation.

Q. Why would it experience this difficulty?

A. Being only an aspect of The All In All, it was incomplete. It was this imperfection that kept it unable to Create as it had imagined or dreamed it could Create. Thus Creation was faced with the timeless lesson of learning how to bring its Creations into fruition. It knew that it was given the ability to inhabit, invade, colonize and/or occupy all that it Created but with no Creation it was struck to learn how to manifest the phenomenon of Creation, that is, how to Create. Creation is an idea, as is anything that comes to mind. Creation is thought, but without a vehicle of manifestation it had to go back and inquire from The All In All what was the next step. The All In All did make many Creators. You may term them Creator Gods if you wish. In essence they are Creator aspects of The All In All.


Imagine if you will that you are given the responsibility to Create a line of cars. Without an engineer, equipment, materials and human resources, this would be an impossible feat. You may be able to find some materials and put them together, but it would take quite a long time to create even one car, let alone, many. Creation was struck with this reality, so upon its return to The All In All, it awaited further instructions.

As you can see from this very limited example, that Creation was incomplete, and while it was given dominion over all that it created, with no Creation before it, it simply was of existence. This process took many millions upon millions of years to complete. Creation began in its own journey towards manifestation upon returning to The All In All. Creation began to imagine what it would need to fulfill its task and bring its product back to The All In All. Creation realized that it needed material before it could have Creation. But where would this material come from? Since The All In All is in all that is, it occurred to Creation to inquire about the acquisition of material, seen and unseen, so that it could go about its work of Creation. In consultation with The All In All, Creation was told that the material was in its imaginings, its dreams, its ideas. But how was Creation to bring these things into Creation?

Many more millions of years transpired before Creation realized that The All In All had another aspect. That aspect was material. In your terms, this material is the "stuff" of ideas, thoughts, imaginings and dreams. This "stuff" was accessible to Creation but it had not realized itself. This "stuff" of ideas, thoughts, imaginings and dreams was the material that Creation needed. Creation realized that the ideas, imaginings, thoughts and dreams were projections, material into the Great Cosmic Colony of "Stuff" and that Creation had to find a way to bring this "stuff" together and then take it back to The All In All.

With each advancement, Creation moved and expanded into many dimensional realities Created by itself. It began to see how the "stuff" was all around it and that it could now go about the business of Creating. However, it still did not manifest. It needed something else to bring about manifestation. Meanwhile, there were other Creations, all coming along simultaneously. Developing in awareness of itself and its relationship to The All In All, and discovering how to manifest its Creation into existence. So, as we speak of one Creation, we are also speaking of the many Creations that were given the same charge. "Go out and Create and bring all things back to ME. You will have dominion over all that you create and you will inhabit all of your Creations. You will have the ability to Create in whatever manner you chose, in all manner that you chose in all realms that you chose."

Q. So what did Creation need to manifest the stuff of its dreams, imaginings, ideas and thoughts?

A. Creation need another aspect of The All In All. In your terms we call that aspect "Alchemy". Alchemy is the mixing and mingling of the "stuff" of Creation to bring about the manifestation of the Creation Phenomenon. But before it could do that, it had to know intrinsically what "stuff" it had Created. It had to know the nature of that "stuff" before it could manipulate it. So, it went back, once again, toThe All In All, and asked, "what is the nature of the "stuff" that I Created? How do I gain access to the qualities of this "stuff" so I can learn to manipulate it?

The All In All responded by saying, "All that you Created as the "Stuff" of your creations is within you and within ME. It is the energetic frequency of all that is. It is seen and unseen, known and unknown, heard and unheard, felt and unfelt. It is The All In All. It is an aspectual expression of ME; as you are."

Creation is puzzled by this response as is the many other Creator Gods who had traversed the eons in search of this one answer. They all knew they were Creators, but did not have the keys to Creation, therefore were unable to inhabit their Creations.

The All In All responded, "While you are an aspect of me, the energetic frequency is also an aspect of me. In order to know how to manipulate this you must know ME and your connection to ME. You have spent much time determining you, as an aspect of me, but you have not discovered that there are many other aspects of me, you have yet to realize. In fact, because you have not done so, you do not realize that you too, are an energetic frequency aspectual quality of ME. Therefore, you must meet that aspect of me, that is you and learn to manipulate that." Needless to say, many millions of more years passed and again they return to The All In All.

Channeled Core Questions: The All In All

1. Part One The All In All
a. Chapter 1, Creation
b. Chapter 2, Alchemy
c. Chapter 3, Manifestation
d. Chapter 4, Opportunity
e. Chapter 5, Conclusions
Posted by Nana Baakan Agyiriwah at 12:33 AM